Made in USA vs Import

Who really made that glass pipe? How can you tell? And why does it matter?

The truth is, it shouldn’t matter, however, the vast majority of companies selling glass are buying finished product from China and lying to their customers about the origin of their product to avoid health or safety concerns while making big money.

If Made in China is not a big deal, why remove the origin sticker?

There are many factors to being able to tell if something has been made in the USA vs being imported from outside of the country. If you’re really interested, here are a few clues. 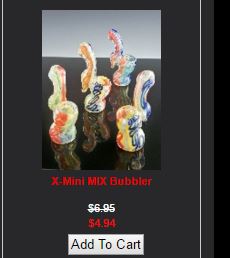 Take this piece, for instance. Less than $5 for an inside out, silver fumed mini bubbler. There is no way this piece could be made in America. The materials alone would cost more than that, not including the labor costs. 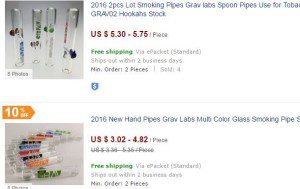 When a company places an order with a Made in USA manufacturer like Chameleon Glass or Purrr or Greenlight, they purchase a certain quantity, say 1000 units. US manufacturers typically make the item, then utilize the factory for something else, like a different model from the same brand. Not true for Chinese and Indian manufacturers; they have a different view of the same process. They want to avoid tooling change out costs, raw materials holding costs and training costs, so, they keep making the same product after the initial 1000 units were made. Guess where they go? On the DH Gate website, of course.  Many companies say that these are “knock-offs”. They are not. They are just the bread crumbs left by dishonest American companies seeking to use misinformation to fool customers into paying WAY WAY WAY TOO MUCH for a low quality imported product. Oh, and, make sure to be sitting down…you’re in for some reverse sticker shock…yeah, you paid a 450% mark up for that Grav bub last year….daaaayyyum!

Not up to (ralf) look through all the American branded chinese production? You can also look up Rollingstar Supply Chain Summaries online. Wow, 5 containers of ‘kitchen implements’  in 2 months and they don’t even show a mixing bowl on their website….hmmmmmmmmmm.

Patents, Trademarks and Copyrights mean nothing in China or India. Chameleon Glass pays for a service to sweep every Asian website for our name and logo. It’s totally affordable ($300 a month) so, any truly Made in USA company can afford it….should they wish to remove any designs NOT manufactured for them in China. Legally, the pieces can not be advertised as a name brand unless that company contracted to have the work done outside of the United States. When they do, they no longer have recourse against this subcontractor dumping excess or second quality production on DHGate USING THE AMERICAN BRAND name to do so. You will NEVER find any smoking apparatus on DHGate or Alibaba with the Chameleon Glass logo on it because we do not contract manufacturing outside of the United States. Chameleon Glass makes pipes in the U.S for consumption in the U.S. That’s not to say that other companies haven’t taken our designs, knocked them off and sent them to China, however. We all know Grav Labs has done exactly that; Knocking off the Chameleon ‘Typhoon’ cyclonic filtered dry pipe with their ‘Helix’ branded pipes, and the Chameleon Ashcatcher mouthpiece…..all now available on DHGate, courtesy of the importers known as Grav Lab.

crack. Not if, but when. This pipe has a visibly drilled out bowl. You can tell by the rough edge and the thickness of the glass there. These pipes contain glass particles leftover from the drill. They are as similar to asbestos as you can get without it being asbestos. Tap that mouthpiece on the counter of the store. Did anything come out? If you see a dusty looking residue, you will know what it is; glass dust. You didn’t think they would wash the pipe out after drilling it, did you? That costs extra money, and YOUR HEALTH does not. Mesothelioma or Silicosis, China cares not for your health. It’s not just the cost of rinsing the pipe out after drilling, it’s also less expensive to import jewelry…oh, you didn’t know this was a pendant and not a pipe? In order to side step the expensive import tariffs on smoking accessories, importers falsify the inbound manifest and bring ‘pendants’ (pipes with a mouthpiece and a carb, but no blown bowl hole) in as glass “jewelry”. They put a string through the mouthpiece & carb…to wear it as a necklace. Then, after it gets here, they unpack and drill them out. Meanwhile, the money that the tariffs would be bringing in to do things like pay for infrastructure such as streets, parks and schools goes into the wallet of the importer.

Chameleon cares about your health and does not use paint 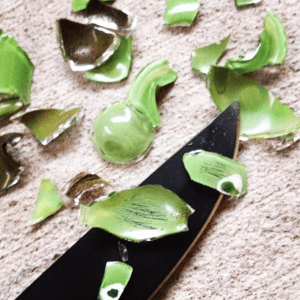 Yes, developing economies DO lean heavily on their citizenry as capital, however, in democratized systems, the cost of living is allowed to increase which allows the standard of living and the value of life to increase. In a communistic system, the cost of living is set by the political party and citizens are not allowed upward mobility or in general terms, the ability to work hard and earn a better life. Citizenry is used, and when a human machine is used up, it goes out with the trash. Good news though, Foxconn installed nets around the Apple factory so workers didn’t die when they tried to commit suicide by jumping off the roof. Now that’s humanitarian progress if I ever saw it! 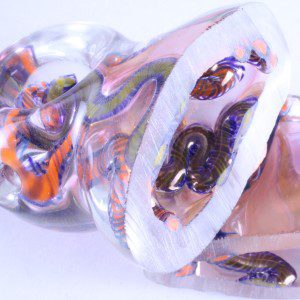 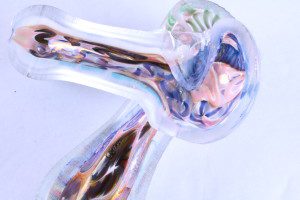 See on the first (top)picture how you can see the elevated stringers? And then see how ours are completely melted flat to the glass. 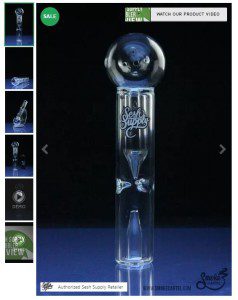 sending them to their Chinese masters for production offshore. Take this piece for instance. A complete rip off of our Monsoon pipe, they price it just under our price, maybe $5 less, enough to make the consumer (you) assume it’s Made in USA and buy the slightly less expensive model. I’ve asked many people about this, and the response is almost unanimous: ‘If I knew it were Chinese glass, I would have expected a far lower price!’  This is another reason it is SO important that you purchase your glass from a company, store, or retailer that is trustworthy. A lot of companies have been coming out of the woodwork lately that purport to be “American Made”, “America’s Best”, “America’s Favorite”, or whatever it is. That doesn’t mean that their glass is actually MADE in America. They import the lowest priced, lowest quality glass, and then pass it off as “American”, with a huge markup, regardless of the cost to the end users health and well being. Then, importers plow all that profit into misleading Facebook Ads (care for some Vodka, Comrade?), spam emailing and advertising in a very successful effort to eliminate competition. When the American companies are supplanted by China, there will not be innovation – everything will look the same.

Choosing a glass smoking apparatus is a private and personal decision. It is one you shouldn’t take lightly, as when you ingest something, or put it up to your mouth, draw it into your lungs, etc, you should be able to trust that you are only taking in whatever you add to the bowl. That is currently not the case with imported glass. We assume far too much. We project our way of doing things on other cultures. Importers use this assumption against consumers. Do I have a problem with the fact that it’s made outside the US? No. There are several industries that no longer exist anywhere else BUT China (see above for how that happens), so, there are items that HAVE TO be made outside the US. All I ask is for retailers, distributors and manufacturers to respect those of us who choose to incur the massively more expensive costs of manufacturing in the U.S. by respecting:

Leave the Made in China sticker on the product.

For the consumer: Do your homework; buy a quality piece that is safe to use and will last for years if you want, or, purchase a cheap ass imported liquor store cop-chucker piece that you can roast a bowl in and throw away. Either way, with a little bit of internet search, you can accept or avoid leaded paint inside to burn into your lungs, glass shards to inhale, or a bowl that falls out after just a few sessions. We at Chameleon Glass ask that you support the people that bring you innovation and ingenuity to the process, not the ones who lack business ethics. We ask that you support the people who have been fighting in support of legalization for over 25 years now, not the companies that are only here to cash in on the “Green Rush”. When they have drained every last penny that they can, who will be left to stand together with you the way we have for so long? We can not fight this alone. Every time you unknowingly purchase an import pipe, we all lose.

By Jessica DeWitt / No Comments