Pipes have been used for centuries for a wide range of smoking needs and have been constructed of a wide range of smoking materials. Today we use glass pipes for smoking, whereas the tobacco pipes of the past were made of anything but glass. Taking the time to learn a bit about these ancient pipes will help us appreciate the ones we have now. Let’s move on to a brief history of pipes.

What was the First Smoking Pipe Made of?

People used pipes in ancient times to smoke tobacco for pleasure, hallucinogens for ceremonies, or herbs for medicinal purposes. Though glass blowing dates back to 3000 BCE, it was mostly ornamental, not particularly being used for pipes. Mostly, Clay was used in making the first pipes. They were painstakingly crafted from river clay that was harvested and then hand molded into the desired pipe shape. Other than Clay, Reed pipes have been discovered with grave goods of the ancient Egyptians during times that pre-date the Bronze Age.

Wooden pipes became popular as a replacement to Clay because of durability. Wood pipes required more advanced hardened tools for harvesting and carving and became popular during the Iron Age. When whittled from very hardwood and then sealed, Wooden pipes withstand the smoldering of pipe smoking on a relatively frequent basis. 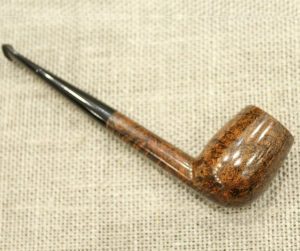 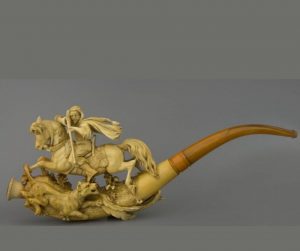 During the enlightenment period, German craftsmen began using Sepiolite (Meerschaum) because of its durability and carvability. Glass pipes would not rise in popularity or even be introduced until Victorian times. Only soft glass was available during that time, and it was not until after the invention of thermally shock resistant hard glass (Borosilicate/Pyrex) that glass gained traction for use to make pipes. Strength and Durability were now available, however, color was not. It was neither common nor widely accepted until the late 1970s when Richard Clements devised a way to place colorants interstitially between Pyrex molecules. 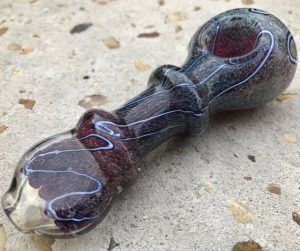 Glass became popular in the late 1990s as companies like Northstar Glass began making colored Pyrex on an industrial scale. Newly available colors allowed artists to develop their abilities and create extravagant and ornate glass pipes, bongs, and one hitters for functional purpose and as display pieces. The first glass pipe was patented in 1977, and after that, people began to blow glass pipes all over the world.

Unfortunately, since Cannabis was still illegal, these commonly used functional art glass pieces were labeled as drug paraphernalia and became illegal to sell as well. Many of us went to jail for creating this functional art after ‘Black Monday’ in 2002.

The federal government seized many pieces and forbade most retailers from carrying glass pipes that could be used for smoking marijuana and other illegal substances. As restrictions on marijuana eased and some states began to legalize medical cannabis, glass pipes again became popular and are now widely sold in stores and online across the nation. And yet, to this day, they are still federally illegal.

While Vape Pens have grown in usage exponentially, Glass pipes are still a most popular way to consume cannabis and are available in a wide range of designs and shapes. There are different types of glass pipes as well, depending on their use and application. They are used all over the world by first-time smokers as well as experienced smokers.

Why Are Glass Pipes So Popular?

Glass pipes are popular for different reasons. For starters, glass has a much higher burning point and heat resistance than clay or wood. This means that your piece is going to be an investment that stays with you for years. I take great pride in reading emails asking for a model that has been discontinued for a decade, finding out that the owner had been using it for 15+ years! Rather than a piece that you can only use for a while, your glass pipe is going to be good for years if it is well cared for. Glass also has many other benefits.

Another reason is that glass pipes are exceedingly easy to clean (see the quick tips). Since they are not as porous as clay or wood, they won’t absorb the dirt and the soot like other materials. They can be cleaned and sanitized with alcohol after each use without worrying about degrading the pipe or damaging it in any way. You don’t have to worry about hygiene and cleanliness during a pandemic, as glass is easy to keep clean after each use.

The last reason for being popular is, of course, that glass pieces are beautiful. They are works of art in themselves. They are stunning handmade works of art to be used or displayed at home (or anywhere) so that you can look at and enjoy them often. When you buy a glass pipe, you are also buying a piece of art for your collection.

Growing Your Own Herb

By Max Williams / No Comments